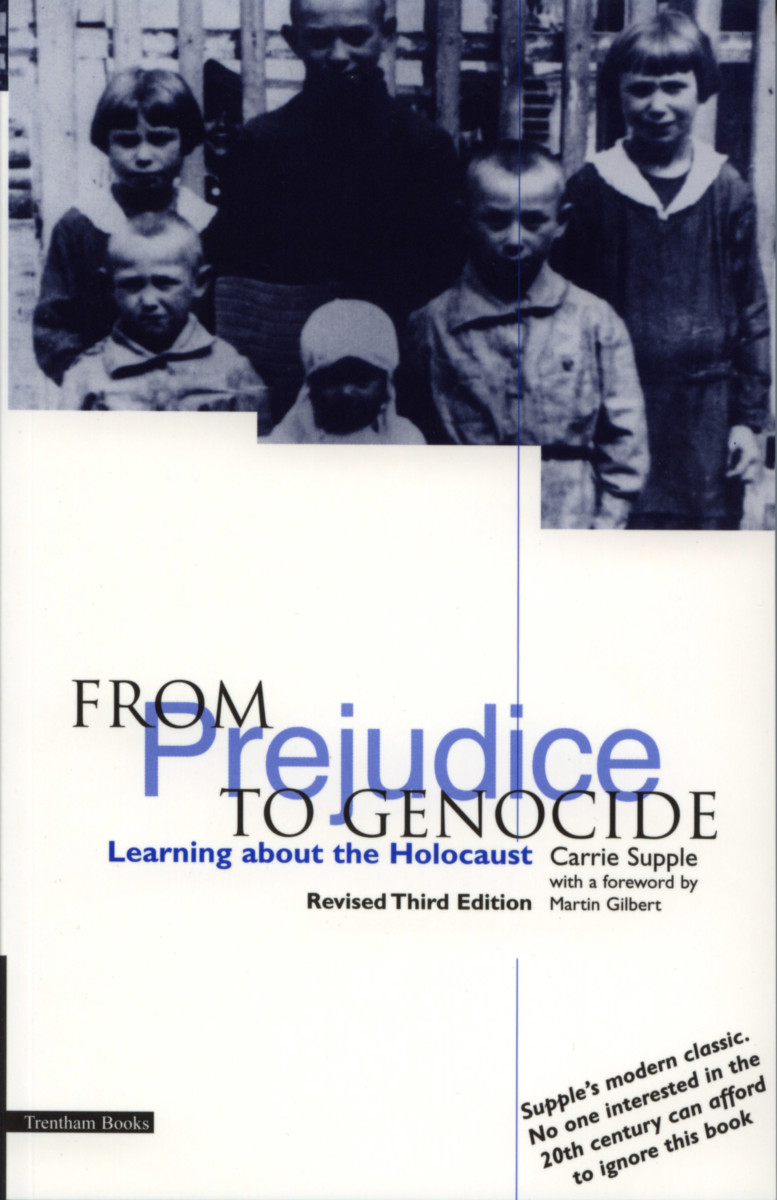 Learning about the Holocaust

This book has been fully revised and updated to take account of recent world events. It traces the history of anti-semitism and describes the experiences before and during the Holocaust of Jews, Gypsies, and other groups deemed by the Nazis to be unworthy of life.

By following the experiences of four individuals who endured the Holocaust, Carrie Supple gives a face to the millions who perished. The themes she explores—collaboration, indifference, obedience, dehumanization, resistance, and rescue—make the book a valuable resource for educators and readers alike.

"Although there are few books which one can say in all honesty that all teachers in all subjects and all sectors should read, this is one of them."

"I urge you to buy this book for your school, to use it with your pupils, even thought there is far more here than any teacher could possibly get through in the time available. Even if you don’t teach about the Holocaust buy it for yourself."

"Full of illustrations and photographs and serves not only as a useful source for any examination of the Holocaust but also of the persecution of gay people, Armenians and Gypsies."

Acknowledgements; Foreword by Martin Gilbert; Preface; 1) The Jews of Europe—From BCE to 1918; 2) The Gypsies of Europe 1400-1928; 3) Armenian Genocide 1915; 4) The Emergence of Nazism; 5) The Nazis in Power; 6) Responses to Nazi Rule From 1933 to 1939; 7) The Second World War, Occupation and Ghettos; 8) Organising Genocide—The Holocaust; 9) Resistance, Collaboration, Indifference and Rescue; 10) International Responses to the Holocaust; 11) The End of the War—Liberation, Reaction and Trials; 12) Then and Now; Glossary; Appendix 1; Appendix 2; List of Works Cited and Consulted; Recommended Further Reading; Useful Addresses; Picture Credits; Index.

Carrie Supple is Project Director at the Citizenship Foundation in the United Kingdom.