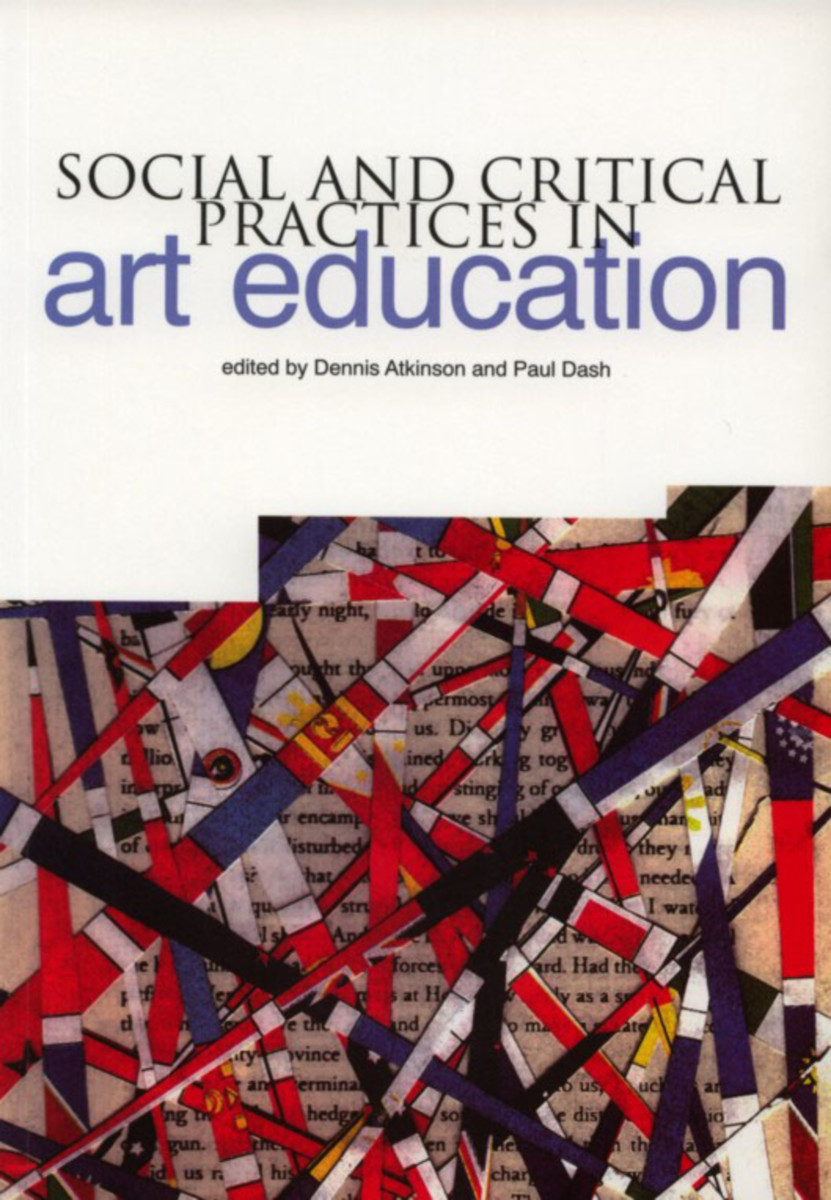 This book takes a new, exciting and important approach to art. It shows how children and older students can use art to explore personal, social and cultural issues that touch their lives. The book covers new ground, responding as it does to the increasingly diverse nature of cities and to recent government initiatives worldwide to foster social inclusion and equality of opportunity and support active citizenship.

The contributors are art educators. They write about their ways of engaging with contemporary art practice in their particular fields so as to encourage young people to acquire critical understanding. They also challenge the pedagogies that perpetuate long-established forms of art practice.

Tim Rollins writes about his work with disaffected youths in the Bronx and John Johnston describes work in art to bring communities together in Northern Ireland. Other contributors include Toby Jackson, head of interpretation at Tate Modern, Diedre Prinz, curator of the Robben Island museum in South Africa, the 198 Gallery in south London, and Viv Golding who works in museums and gallery education. Sinath Bannerjee explores socio-cultural issues in comic novels in India and Sue Lok explores identities through art practices.

Educators at each level also contribute to this groundbreaking book. Andy Gower describes his innovative art practice in a secondary school, and children of Room 13 - in a Scottish primary school - report on their organization of their own focus for art. Lesley Burgess and Nick Addison give an account of their development of critical and social practices in art education at London’s Institute of Education.

The book is for all those working in art education, in museums and galleries, schools and communities.

Tim Rollins work in New York with Kids of Survival (KOS) has achieved world-wide acclaim. Beginning in the 1980s Rollins taught a highly disaffected group of teenagers in the Bronx and together they established an art workshop where members of the group produced challenging conceptual art work. Subsequently work was sold and is now held in major galleries around the world. Through their visual practices many members of the group overcame feelings of rejection and alienation and developed self assurance and confidence.

John Johnston works with the Protestant communities in Belfast and through the use of visual practices he has been working with young people in a variety of community sites to explore issues of identity. This is a difficult educational challenge given the history of Northern Ireland. Recently he has been invited to work in Lebanon at a human rights summer school. He has been working with young people there to explore themes of ‘home’ and ‘belonging’ through visual practices.

Room 13 consists of a highly creative group of children at Caol Primary School near Fort William in Scotland. The children are producing contemporary art which has received much interest and acclaim nationally and internationally. The children run Room 13 as an entirely self-funding business, independent from the school. Rob Fairley and Claire Gibb are the only adults involved, they offer advice but they are not the children’s teachers. An elected committee of children makes all decisions about the work and the business.

Viv Golding is a lecturer in museum studies at Leicester University. She uses the concept of ‘museum clearing’ to counter the discourses of lack, often a self-fulfilling prophecy that frequently permeates much discussion of Black children and their under-achievement in UK schools today. The practical value of her critique is illustrated through a fieldwork project involving imaginative art and literacy school and museum work in south London with early years children.

Deidre Prins and her team work as education officers at Robben Island Museum in South Africa. They provide some background to the work of the museum and introduce readers briefly to the legacy of creative forms used in the maximum security prison between 1960s and 1991 and the role it played in creating a process of ‘normalization’ under conditions that were repressive and alienating. A large part of the audiences of Robben Island Museum are children and youth. All of them have no memory or experience of the colonial period in RSA history and very few of them have a memory or experience of apartheid. These are two defining periods in the lives of all South Africans, with the scars, benefits and joys of a new democracy. To create a dynamic learning environment in which children and youth can engage with a legacy which is at once painful and liberatory, requires a process of ‘making memory’, speaking about the past, doing the past and understanding the past. Their engagement with this past in turn creates their own memories and leaves its mark on Robben Island, which is a living museum. The theme of ‘memory making’ will be described through the production of a photographic collage which is part of the annual Spring School activities.

198 Gallery :The team at the 198 Gallery write about their work on he Urban Visions scheme which is an outreach programme that deals with disaffected youth in south London. Lucy Davies the chief administrator and other gallery staff will write about how their program has impacted on the learning experience of children from this diverse urban environmen. Many are excluded from schools or have learning difficulties which schools find difficult to address. The gallery in its work across a range of media, but more especially electronic media, has earned the respect of many in educational and fine art circles both in this country and in mainland Europe.

Sue Lok is a an artist and lecturer at Middlesex University. She has a particular interest in the experience of Chinese British artists and young people. Her work will explore themes central to their experience alongside issues emanating from her own experience as an artist and researcher.

Lesley Burgess and Nick Addison are art educators at the Institute of Education in London. They have a nation-wide reputation for their seminal publication Learning to Teach Art and Design in the Secondary School. They have carried out further research in the arena of teacher education for this book.

Andy Gower is head of art at a north London comprehensive school. He and his team have devised a way of teaching which is unique but very successful within the state system. Their issues-based approach extends across the year groups and encourages responses which address issues of personal, social, cultural and political concern. The idea is not to focus greatly on the development of traditional skills in making art but in fostering a creative thinking environment in which children respond imaginatively and personally to issues which impact on their lives.

Sarnath is a comic artist: he address issues through the graphic medium of comic imagery. His work explores relationships and issues of exclusion, both physical and psychological. The ways in which his pieces unfurl encourage different interpretations and readings of what is being said. It is an extraordinarily intense and challenging comic style which demands constant revisiting and re-reading. His chapter invites us to enter the world of a south Asian man whose thoughts drift in and out of different points of experience. It takes us on a physical and psychological journey and depositis us in a space that begs more questions about identity and belonging. Sarnath Banerjee has initiated a scheme in the south Asian community of Tower Hamlets in east London which will see Bengali women make comics about their lives and thoughts. He is developing a similar scheme among a number of minority ethnic communities in the Brixton area of south London. He is shortl

Dennis Atkinson is a lecturer at Goldsmiths College in London, where he has developed an issues-based approach to arts education.

Manoj Kumar Dash is a lecturer at Goldsmiths College in London, where he has developed an issues-based approach to arts education.