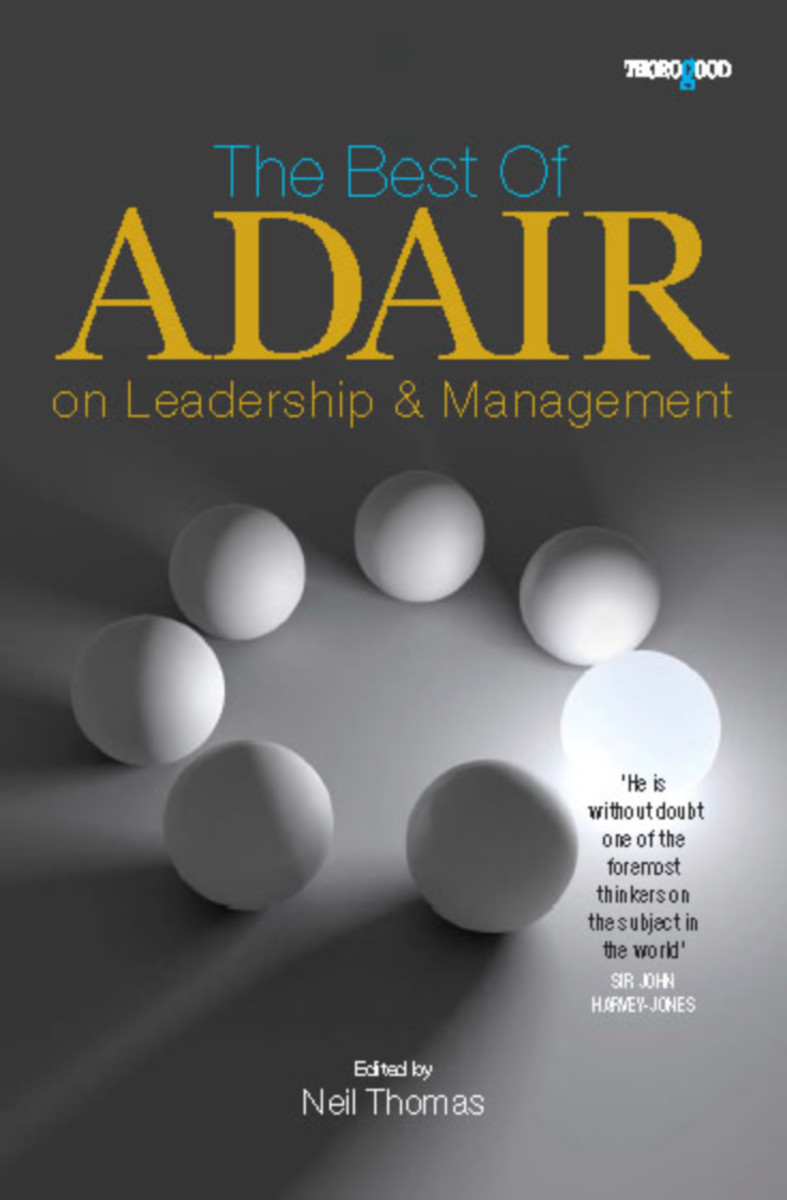 The Best of John Adair on Management and Leadership

This book is a goldmine of ideas, advice and techniques from one of the world’s leading thinkers on management and leadership. Reformatted and with a new foreword by John Adair, it distills in one book the best of all of his thinking and writing on effective leadership, teambuilding, creativity and innovation, problem-solving, motivation and communication.

Clearly written and presented, the book is packed with practical guidance and shrewd insights, with a large number of valuable charts, diagrams and forms. It is a repackaged and updated edition of the best-selling John Adair Handbook.

“He is without doubt one of the foremost thinkers on the subject in the world.”

“Neil Thomas has done an outstanding job in assimilating and synthesising the vast amount of leadership and management wisdom that John Adair has espoused over the years into a handbook that should be on everyone’s desk.”

“Neil Thomas is to be applauded...a book for constant reference. A great achievement…ought to be found on every manager’s bookshelf.”

- Journal of the Institute of Public Sector Management

John Adair is widely acknowledged as one of the most significant influences on management and leadership development in the world. He studied history at Cambridge University and holds higher degrees from the Universities of Oxford and London. He became the world's first Professor of Leadership Studies at the University of Surrey and is internationally known as a consultant. He is the author of many respected books on management and leadership.