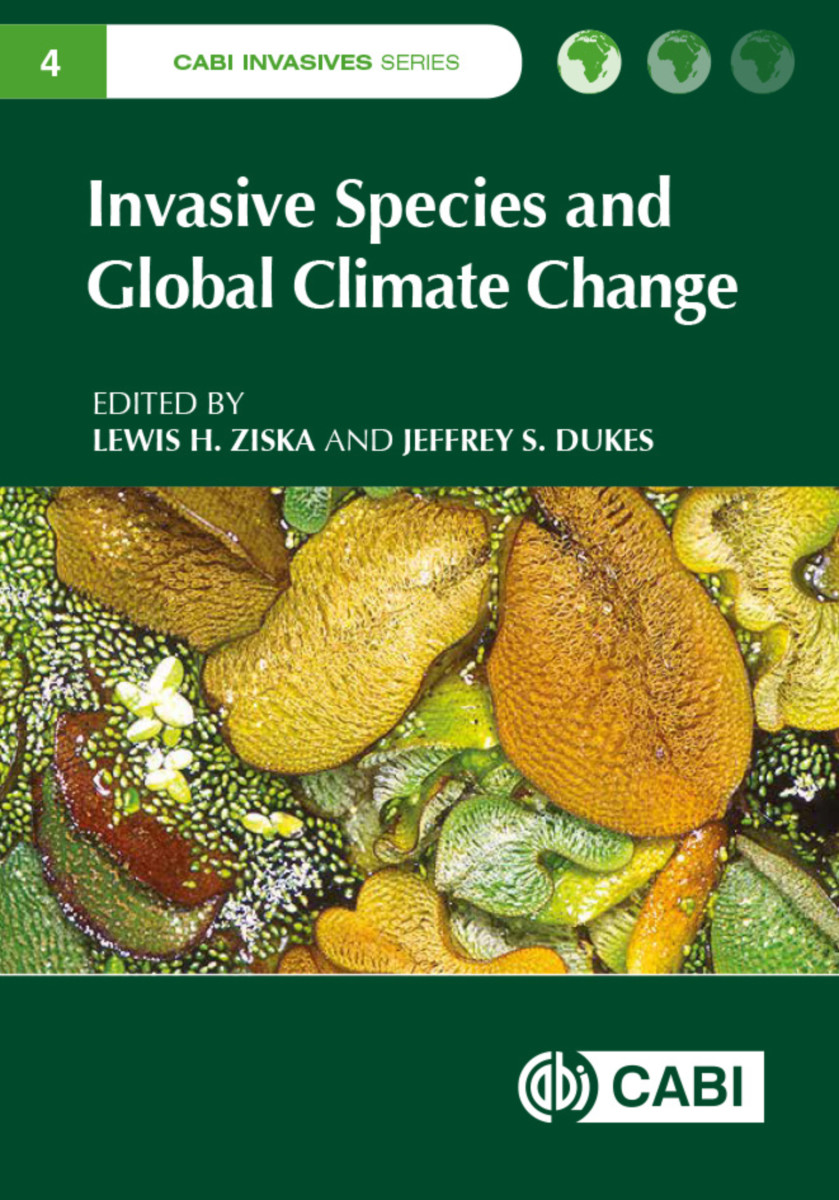 This book examines what will happen to global invasive species, including plants, animals and pathogens, with current and expected man-made climate change. The effects on distribution, success, spread and impact of invasive species are considered for a series of case studies from a number of countries. This book will be of great value to researchers, policymakers and industry in responding to changing management needs.

"The changing climate of the globe has significant implications for the ecology of organisms that inhabit Earth's biomes. One pressing question is how nonnative and invasive species will respond to these changes. If invasive organisms are generally going to be favored in new climates and environmental conditions, then governments and land managers in many areas will need to develop management plans to avoid the worst of the impacts. In this new book, editors Ziska (USDA) and Dukes (Purdue Univ.) have assembled an international group of experts to analyze the topic from different angles. The 20 chapters are divided into four sections that review the problem, present case studies to highlight key topics, discuss detection and prevention approaches for managers, and present control and adaptation strategies for managers. The wide range of organisms and topics covered is appropriate for this important and complex issue. The book will be a valuable resource for students, faculty, land managers, and policy makers."