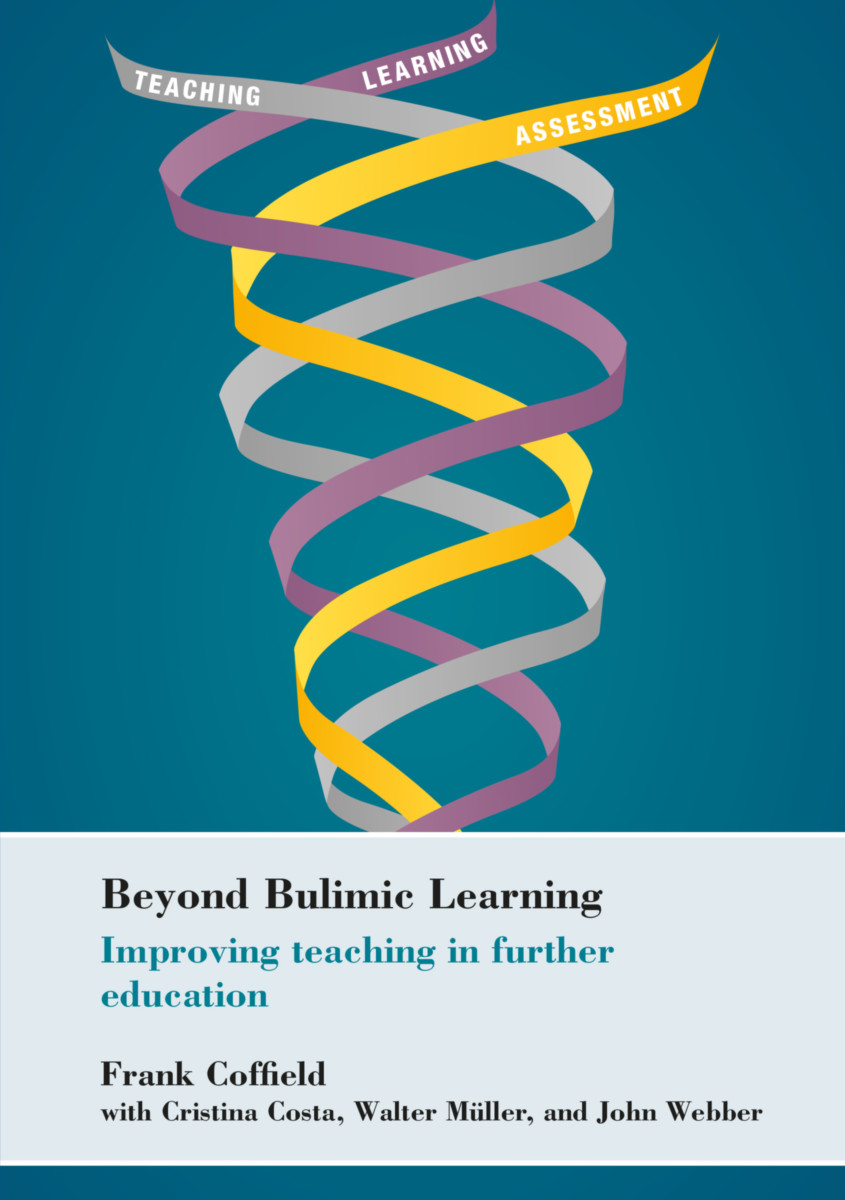 Students are bingeing on large amounts of information and then, in government induced bouts of vomiting otherwise known as national tests, they spew it all out. This is how Frank Coffield introduces the term Bulimia Academica, which he treats every bit as seriously as its medical counterpart. Students resort to bulimic learning to cope with a testing regime that ministers in England would have you believe is robust and rigorous, but is in fact purgative and emetic.

This book presents not only a powerful critique of current government policies, but also a considered response to that all-important question from classroom teachers: Within the tight parameters set by government policy, what could I do more effectively in class next Monday? This book argues that, although there is no such thing as ‘best practice’ to identify and copy, there are a number of far more effective approaches, such as harnessing the potential power of feedback.

Three co-authors also make important contributions that extend the scope of the book. John Webber introduces the notion of ‘studentship’ – the skills, behaviors, and beliefs that students need to become better at learning and thinking. Cristina Costa shows how students’ creativity can be released by using new technologies. And Walter Müller points to the damaging effects on German schools of politicians treating them as economic instruments in the global race, subjected to market discipline.

Written in a clear, engaging, and thought-provoking style with a compelling evidence base, Beyond Bulimic Learning is much more than a ‘how to’ book to improve teaching in the adult and further education sector. It also explores in detail the central question: Can we transform classrooms and colleges without first transforming the role of the state?

"I highly recommend this riveting book as an informed source of wisdom for educator nourishment, practice improvement, dissent, and professional development."

1. Beyond Bulimic Learning
2. If there is no such thing as 'best practice', how can we improve teaching?
3. Stimulating thinking, creating challenge, extending learning
4. 'Facts along are wanted in life.' The unwelcome return of Mr Gradgrind
5. 'Everyone is his own boss.' Current threats to educational attainment in German schools
6. Whip me with carrots: The role of motivation in education and training
7. Teaching and learning in context ... with a little help from the web
8. Harnessing the potential power of feedback
9. Can we transform classrooms and colleges within transforming the role of the state?
CODA: The Secretary of State for Education I would like.