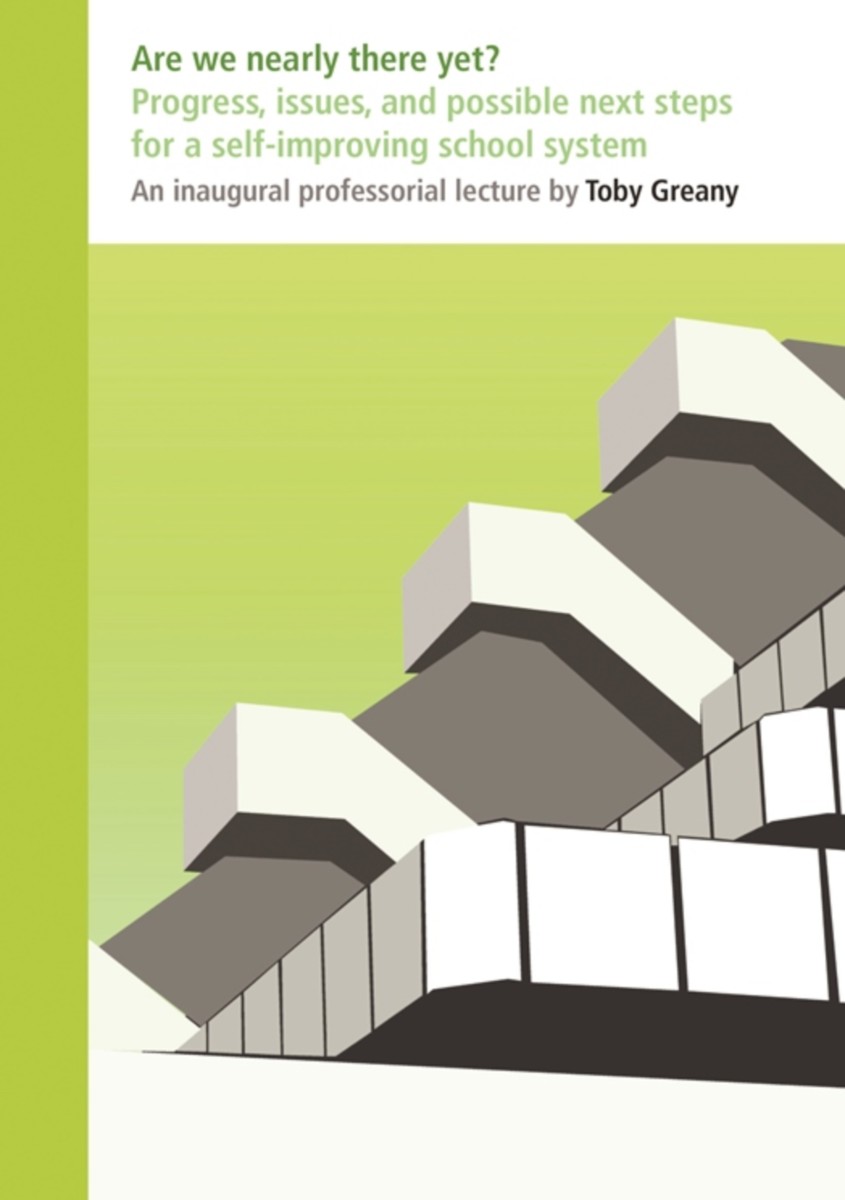 Are We Nearly There Yet?

Progress, Issues, and Possible Next Steps for a Self-Improving School System

The Department for Education's 2010 white paper “The Importance of Teaching” set out the coalition's aim to “create a school system which is self-improving”.

In this inaugural lecture, Toby Greany assesses progress to date and the coalition government's approach to developing a self-improving system. He argues that the coalition is following at least four different reform approaches at the same time: the world class/no excuses approach, the freedom-to-teach approach, the market-based approach and the system-leadership approach. These differing approaches compete with each other, creating confusion at best and unresolvable tensions at worst, most obviously through an over-reliance on punitive accountability. The first three approaches do not reflect international evidence and practice in terms of effective system reform and school improvement, and do not appear to meet the Government's own criteria for a self-improving system. The system-leadership approach appears to have more promise, but Greany makes a series of recommendations for how it could be enhanced. He concludes that if the self-improving system becomes no more than a narrative device to justify the removal of central and local government support, then a two-tier system will rapidly emerge in which some schools thrive, but large swathes are left behind.

Toby Greany is Professor of Leadership and Innovation in the London Centre for Leadership in Learning at the Institute of Education, University of London.