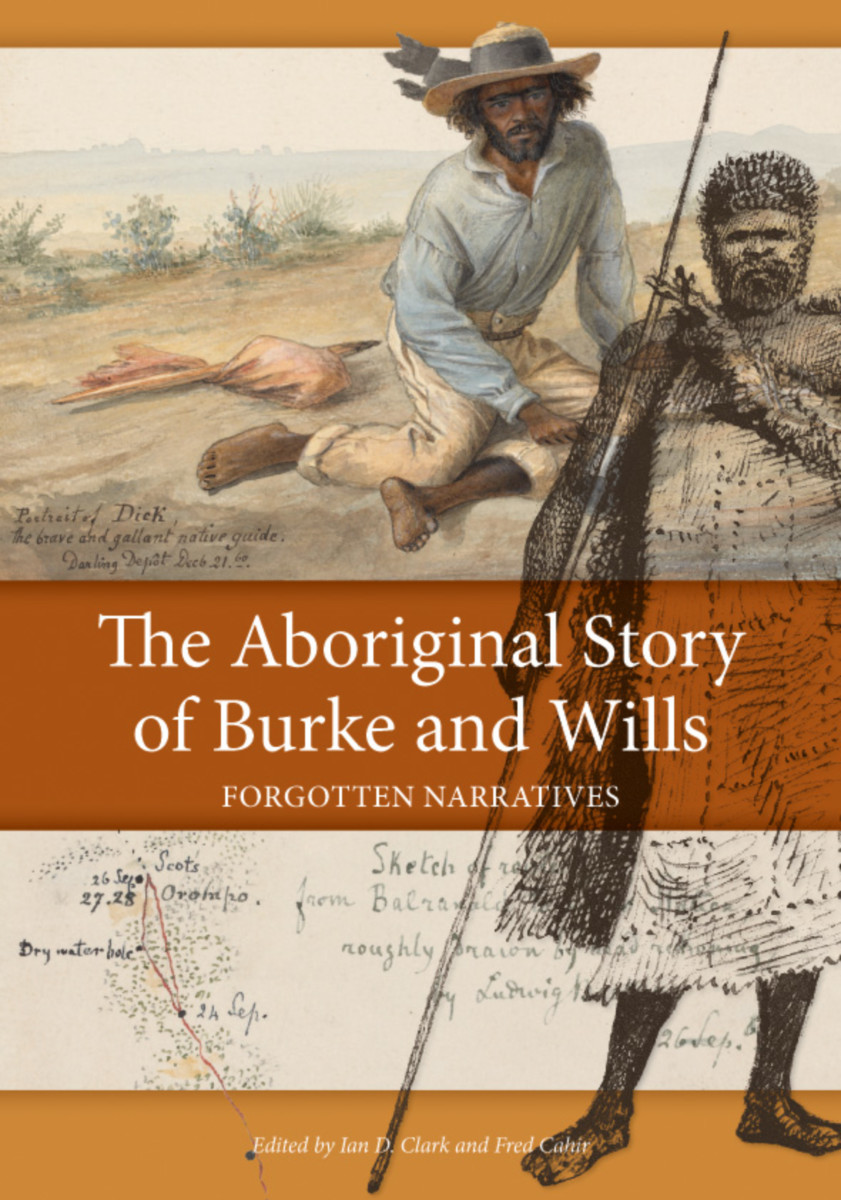 The Aboriginal Story of Burke and Wills

The Aboriginal Story of Burke and Wills is the first major study of Aboriginal associations with the Burke and Wills expedition of 1860–61. A main theme of the book is the contrast between the skills, perceptions and knowledge of the Indigenous people and those of the new arrivals, and the extent to which this affected the outcome of the expedition.

The book offers a reinterpretation of the literature surrounding Burke and Wills, using official correspondence, expedition journals and diaries, visual art, and archaeological and linguistic research – and then complements this with references to Aboriginal oral histories and social memory. It highlights the interaction of expedition members with Aboriginal people and their subsequent contribution to Aboriginal studies. The book also considers contemporary and multi-disciplinary critiques that the expedition members were, on the whole, deficient in bush craft, especially in light of the expedition’s failure to use Aboriginal guides in any systematic way.

Generously illustrated with historical photographs and line drawings, The Aboriginal Story of Burke and Wills is an important resource for Indigenous people, Burke and Wills history enthusiasts and the wider community.

"There is so much detail in the Aboriginal contributions to the Burke and Wills journey that we can't ignore it any more."

1: The Aboriginal legacy of the Burke and Wills Expedition: an introduction
Ian D. Clark and Fred Cahir

2: The members of the Victorian Exploring Expedition and their prior experience of Aboriginal peoples
Ian D. Clark

3: 'Exploring is a killing game only to those who do not know anything about it': William Lockhart Morton and other contemporary views about the Victorian Exploring Expedition and its fate
Ian D. Clark

4: The use and abuse of Aboriginal ecological knowledge
Philip A. Clarke

5: The Aboriginal contribution to the expedition, observed through Germanic eyes
David Dodd

Appendix 5.1: Extracts from the 1861 Anniversary Address of the Royal Society of Victoria delivered by the President, His Excellency Sir Henry Barkly KCB on 8 April 1861

6: Language notes connected to the journey of the expedition as far as the Cooper
Luise Hercus

7: Burke and Wills and the Aboriginal people of the Corner Country
Harry Allen

8: 'Devil been walk about tonight – not devil belonging to blackfellow, but white man devil. Methink Burke and Wills cry out tonight "What for whitefellow not send horses and grub?"' An examination of Aboriginal oral traditions of colonial explorers
Fred Cahir

9: How did Burke die?
Darrell Lewis

11: The influence of Aboriginal country on artist and naturalist Ludwig Becker of the Victorian Exploring Expedition: Mootwingee, 1860–61
Peta Jeffries

13: Alfred Howitt and the erasure of Aboriginal history
Leigh Boucher

15: 'We have received news from the blacks': Aboriginal messengers and their reports of the Burke relief expedition (1861–62) led by John McKinlay
Fred Cahir

16: William Landsborough’s expedition of 1862 from Carpentaria to Victoria in search of Burke and Wills: exploration with native police troopers and Aboriginal guides
Peta Jeffries

17: 'I suppose this will end in our having to live like the blacks for a few months': reinterpreting the history of Burke and Wills
Ian D. Clark and Fred Cahir

Ian D. Clark is a Professor of Tourism in the Business School at Federation University Australia. He has a PhD in Aboriginal Historical Geography from Monash University. He has been researching Aboriginal history since 1982. He has been the manager of the Brambuk Aboriginal Cultural Centre in Halls Gap, and the History Research Fellow at AIATSIS in Canberra. His areas of interest include Aboriginal history, the history of tourism, and place names.