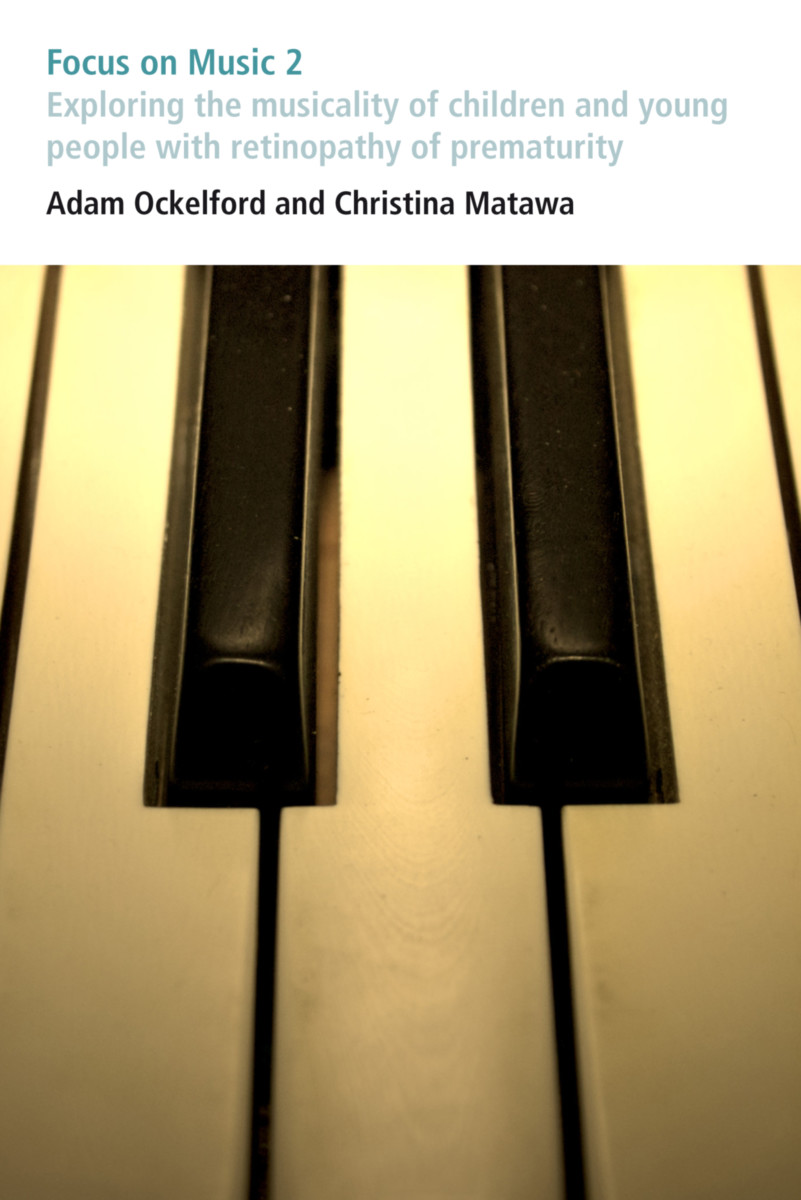 This book is the second in a series that examines the impact of different forms of visual impairment on the developing musicality of blind and partially-sighted children and young people.

The research is based on the observations of visually impaired children and young people by their parents, teachers and therapists and by the authors themselves. A key question is how the participants’ level of vision, the age of onset of their visual impairment, and the neurological consequences of their medical condition impact on their evolving musicality. It is hoped that the evidence in this study will help provide a secure foundation for further music education and sociological, psychological and neurological investigation. Moreover, it is anticipated that as we gain a deeper knowledge of how musicality evolves among an exceptional group of young people, our understanding of how musical abilities and propensities develop in all of us will be enhanced.

"Since the recent spate of studies on the influence of musical education on children, it has become 'common knowledge' that music education positively influences development of extra-musical abilities. This has come as a relief to those of us in the field of music education who have been advocating that music remain a part of the academic curriculum. And now, with the findings of Focus on Music 2, I suspect that it will contribute to the 'common knowledge' that a higher percentage of students with ROP and SOD have musical ability, than those without those medical conditions. Hopefully, this will further contribute to the recognition of the vital role of musical therapy and education for children with these medical conditions.The joy we all feel in seeing these children thrive while listening to and making music is naturally accompanied by hopes and expectations that they become well rounded performers on their instrument(s). While I believe that in many cases this hope is realizable, I have also found that there is little correlation between the student's musicality, and their innate physical skills on their instrument. Therefore, in those cases where the student lacks an innate virtuoso technique, (the majority of cases), and because their visual impairment prevents them from modelling proper technique, the student will often require the guidance of experienced and creative music teachers in order to develop their instrumental skills.Further research into the physical aptitudes required to be a competent instrumentalist, and helpful teaching strategies for students with ROP and SOD, would seem to be a productive line for further research and exploration."

David Pinto, Executive Director - , Academy of Music for the Blind

"From the perspective of this reader, who is blind, the findings are not surprising. What fills me with a warm glow about this book, so lovingly put together, is that those who take what the authors have learned to heart can offer children and young people the one thing their music worlds lack--companionship. Learning and sharing with another, who puts the student's interests first, will start the imagination crafting dreams and plant the seeds for building on them."

"The Focus on Music books explore and highlight the fortuitous link that often exists between visual impairment and musical abilities, sometimes at an exceptional level. These two experienced music teachers and education specialists provide the background both to types of visual impairment—in this volume Retinopathy of Prematurity—as well as the background on the curious and conspicuous frequency of special musical ability and achievement in persons with visual impairment from whatever cause. They raise many interesting questions such as is the perfect pitch so often seen in such individuals a special endowment of this group, or it is rather a preservation of endowment often lost in sighted individuals? Most important though they optimistically point out, with very practical suggestions, advice and cautions, that neither visual impairment nor learning difficulties need be a barrier to musical fulfilment. Instead, such special musical sensitivity, probably because of rather than in spite of visual impairment, can be used to “train the talent” to the highest level of achievement that exists in each particular individual. For persons with visual impairment music does more than soothe the soul; it opens new vistas. This book is an encouraging and practical guide for 'training the talent' and helping reach musical fulfilment in these persons along with all the useful other gains that accompany it."

Dr. Oliver Sachs, author of The Man Who Mistook His Wife for a Hat and Musicophilia

"A fascinating and important book that is a timely addition to work that crosses the boundaries between music therapy and music education."

Preface
Acknowledgements
The Authors
The International Music Education Research Centre
Key findings
PART I: THE INTRODUCTION
1) Rationale
2) What is Retinopathy of Prematurity?
PART II: THE SURVEY
3) The Participants
4) Parents’ Perceptions of Their Children’s Interests in Everyday Sounds and Music
5) Parents’ Perceptions of the Importance of Music to Their Children in Different Contexts and at Particular Times
6) The Participants’ Musical Abilities: Parents, Perceptions and Other Evidence
7) Parents’ Accounts of Their Children’s Engagement with Music and the Provision of Music Education and Therapy
PART III) CASE STUDIES
8) Introduction
9) Joshua
10) Andrew
11) Melissa
12) Shivan
13) Rosa
14) Derek
15) Philip
Conclusion
Appendix I
Appendix II
Appendix III
References