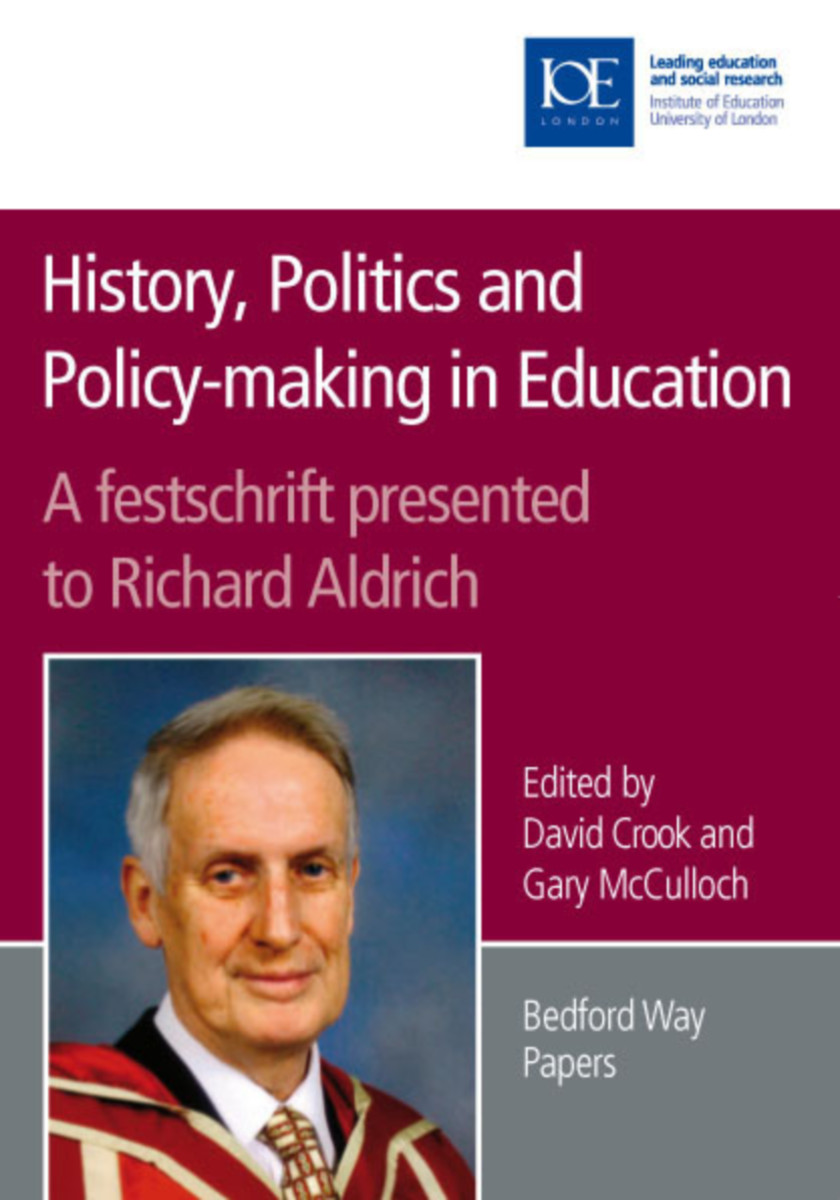 History, Politics and Policy-Making in Education

A Festschrift Presented to Richard Aldrich

Richard Aldrich, Emeritus Professor of History of Education, retired in 2003 after a 30-year career at the Institute of Education, where he continues to serve as Public Orator.

In his scholarship, Aldrich has particularly emphasized the importance of historical perspectives and the relationship between the educational past, politics and policy-making. This volume of eleven essays, by fellow historians of education who have been privileged to work closely with him, takes up the theme of history, politics and policy-making and pays tribute to his leadership of the field in the UK and overseas.

"The fascinating kaleidoscope contained within this small volume defies its mere 200 pages, opening up so many vistas and possibilities for research, a testament to the variety of interests and applications that history can cater for."

List of Contributors; Foreword by Geoff Whitty; Acknowledgements; Introduction—David Crook and Gary McCulloch; 1) Mothers of Sons, Mothers of Daughters: The Ambiguous Figure of the Mother in Eighteenth-Century Education Discourse—Michéle Cohen; 2) Educational Policy-Making: Economic and Historical Perspectives—Vincent Carpentier; 3) ‘The Member for Education’: The Life and Times of the University of London’s Final Member of Parliament, Sir Ernest Graham-Little (1867-1950)—David Crook; 4) Gender and Policy in Birmingham, 1902-44—Ruth Watts; 5) Policy-Formation and the Work of His Majesty’s Inspectorate, 1918-45—Peter Gordon; 6) The ‘Liberal Hour’? The Wilson Government, Race Relations, Immigrant Youth and Education, 1965-8—Dennis Dean; 7) Who Decides What Children Learn and How They Should Learn It? The Recent Historical Experience of the United Kingdom—Roy Lowe; 8) Sowing the Seeds for the National Literacy Strategy: Reading Debates in England, 1968-79—Roger Openshaw and Janet Soler; 9) Sorting Out the ‘Children of Gold’: The Policy and Politics of Gifted Education in England—Wendy Robinson; 10) Securing Our Future? National Security and the History of Education—Gary McCulloch; Richard Aldrich: Publications 1973-2006; Index.

David Crook is Senior Lecturer in History of Education at the Institute of Education, University of London.

Gary McCulloch is Brian Simon Professor of History of Education at the Institute of Education, University of London.