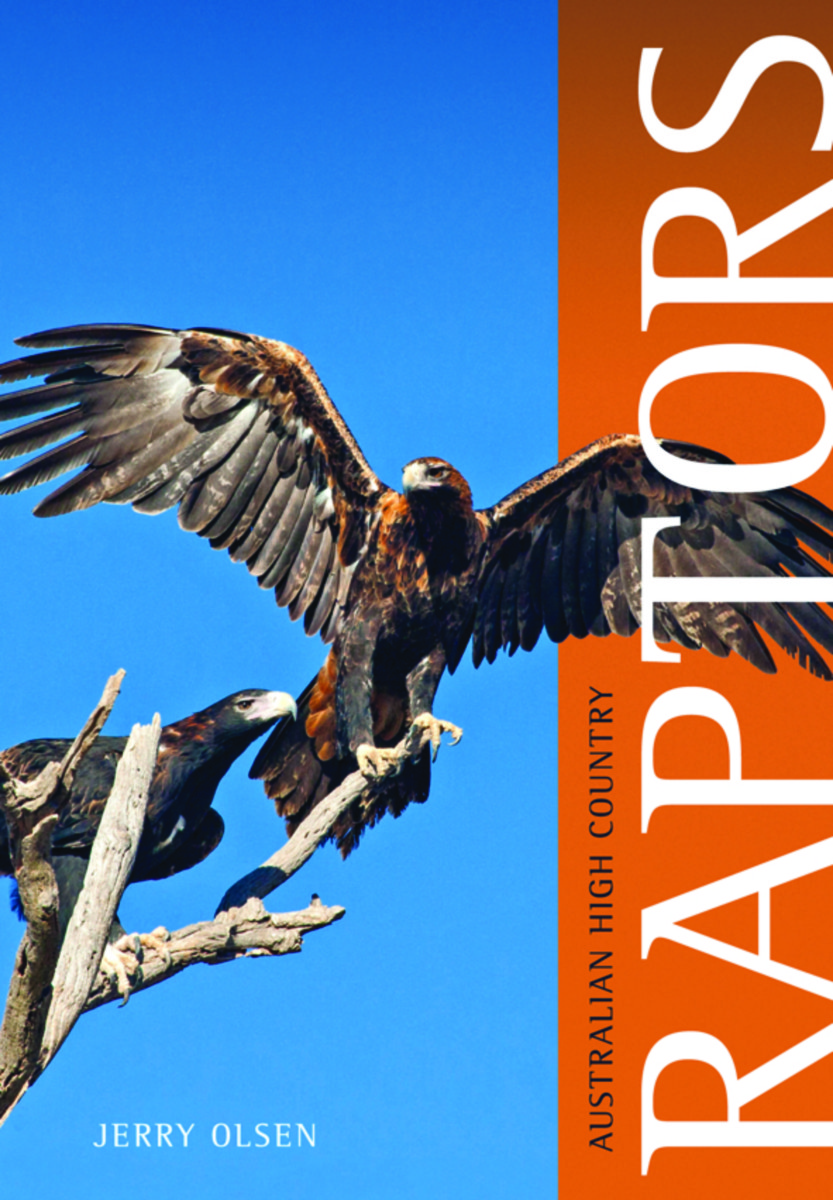 Australian High Country Raptors covers raptor species that regularly breed in the high country above 600 metres, from Goulburn in New South Wales down to the hills outside Melbourne, Victoria. Author Jerry Olsen explores the nature of these striking animals that are classified as Accipitriformes (diurnal hawks, falcons, kites and eagles), Falconiformes and Strigiformes (nocturnal owls). Comparisons between these high country raptors and lower-elevation breeders are also provided, in addition to comparisons with raptors found overseas, especially from North America and Europe.

The book begins with a description of habitats and vegetation types in the high country, and which raptors are likely to be seen in each habitat type. It continues with sections on finding and watching raptors, raptor identification, hunting styles, food, breeding and behavior, and conservation. Appendices provide species accounts for diurnal breeding species in the high country, with basic information about their ecology, distribution and conservation, as well as detailed instructions about handling an injured or orphaned raptor.

Illustrated throughout with photographs and drawings, Australian High Country Raptors offers readers a chance to look into the lives of Australia’s fascinating birds of prey.