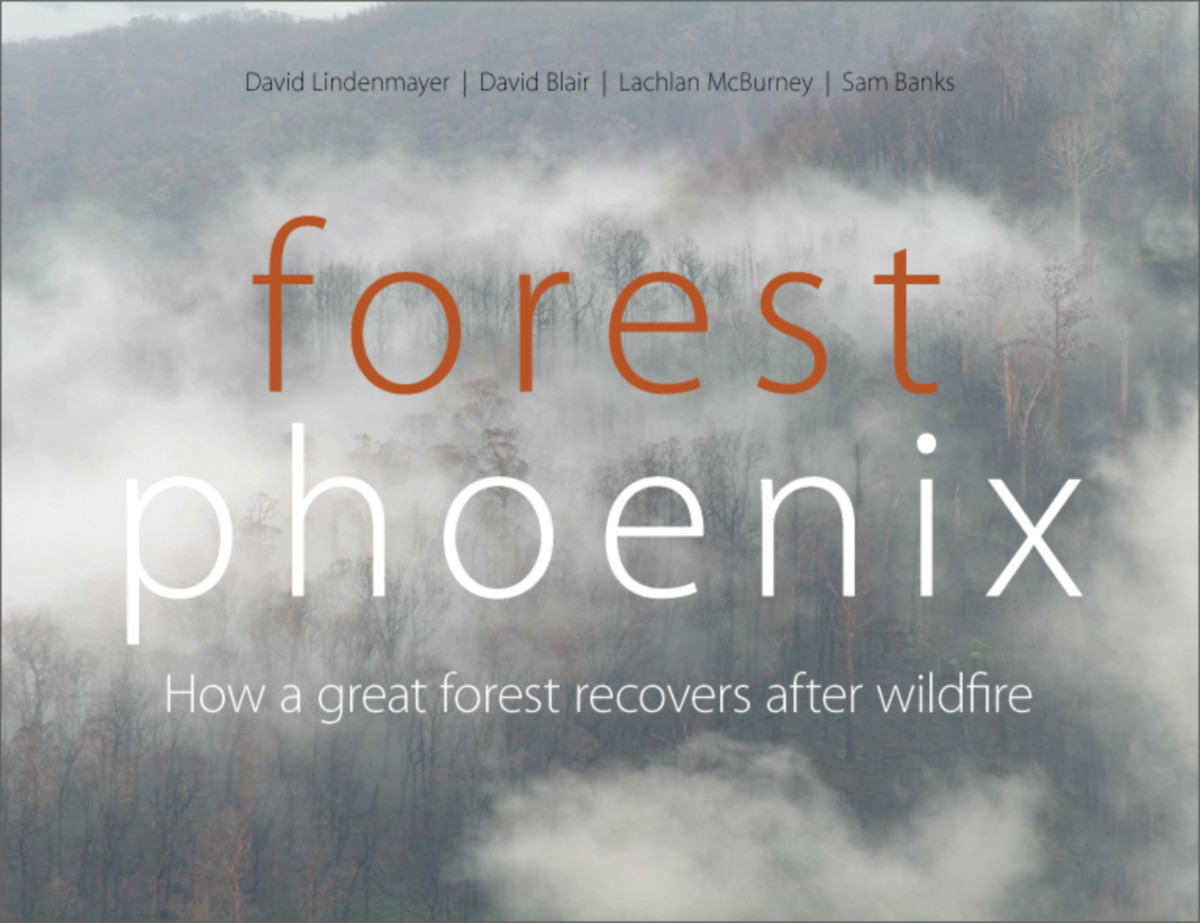 How a Great Forest Recovers After Wildfire

Forest Phoenix presents this important story via short engaging text and truly spectacular images, which are accompanied by highly informative captions. If you’ve ever wanted to better understand how forests and forest biodiversity recover after wildfire, then this book is a must-read.

"It is informative, authoritative, comprehensive, accessible and almost as enjoyable as a ramble through these forests themselves."

David Lindenmayer is a Professor at The Australian National University. He has worked on the conservation of forests and their wildlife for more than 35 years. He has published 45 books and over 1100 scientific papers, and has broad interests in conservation biology, landscape ecology, vertebrate ecology, forest ecology and woodland conservation. He has received numerous awards and is a member of the Australian Academy of Science and an Australian Research Council Laureate Fellow.

David Blair is a senior research officer at the Fenner School of Environment and Society, The Australian National University. Following completion of his degree in Forest Science from the University of Melbourne, he worked as a professional photographer, photographing endangered species in Indonesia and threatened environments around Australia. He then worked as an environmental consultant specializing in native and invasive vegetation and fire management before commencing with the Fenner School after Black Saturday.

Sam Banks is an ARC Future Fellow at the Fenner School of Environment and Society, The Australian National University. He has conducted research on the ecology, genetics and conservation of many Australian animals, from sea urchins in southern coastal waters to native rodents in the Kimberley. He has a particular passion for the biology and conservation of Australian native marsupials, particularly those of the wonderful tall eucalypt forests of south-eastern Australia.