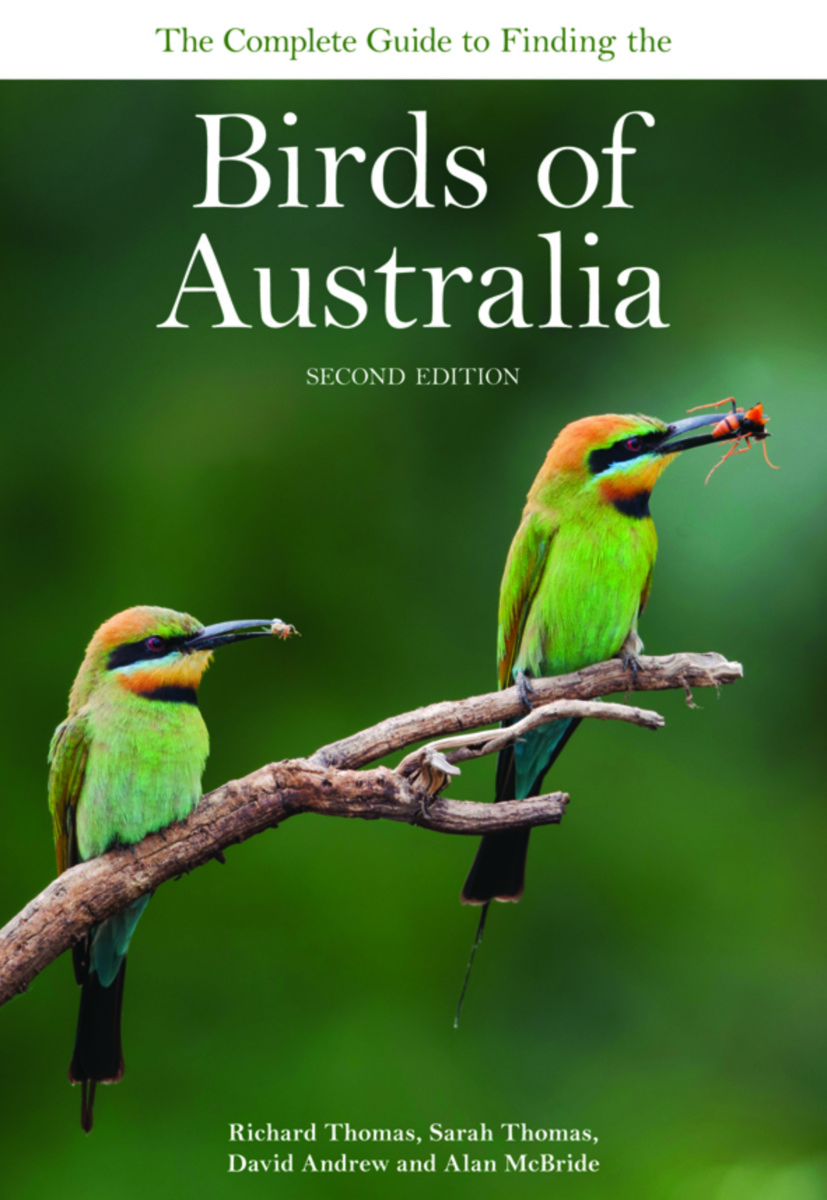 The Complete Guide to Finding the Birds of Australia Edition 2

* Easy-to-read, up-to-date information augmented with easily understood maps
* Divided by geographical area according to ease of finding each species
* Covers all endemic and resident species plus migratory species expected most years

First published in 1994, The Complete Guide to Finding the Birds of Australia was the first ever book of its type – a complete guide to locating every resident bird species in Australia. This fully revised second edition expands on the best-selling appeal of the first, describing the best-known sites for all of Australia’s endemic birds, plus regular migrants such as seabirds and shorebirds. It covers all states and territories, and is the first guide to include all of Australia’s island and external territories.

Profusely illustrated with color photographs of interesting, unique or unusual Australian birds, this book is a must-have for all birdwatchers.

"In this field guide, Thomas, who is associated with a wildlife trade monitoring network, et al. help birders find species in Australia and its territories. The guide is organized by state and territory sections, which list all endemic and specialty species and include maps, followed by a listing of birds in taxonomic order with tips on where and when to find them, their world and Australian distribution, preferred habitats and sites, and vocalizations and behavior. Some color plates are provided. This edition includes the best-known sites for all endemic birds, plus vagrants and regular migrants such as seabirds and shorebirds."

"Birders with an interest in the birds of Australia will want this book!"

Richard Thomas spent 4 years in Australia travelling widely, recording a large number of endemic species. When he left Australia in 1994, Richard was credited with holding the biggest Australian list for a non-resident.

David Andrew has extensive experience in ecotourism and has written or co-written 13 books on travel, wildlife, and conservation, as well as articles for magazines and newspapers. He has also presented on television and radio. David is co-author of The Complete Guide to Finding the Birds of Australia.

Alan McBride has been birding from his early days in Lancashire, England to his arrival in the Antipodes 30-odd years ago.