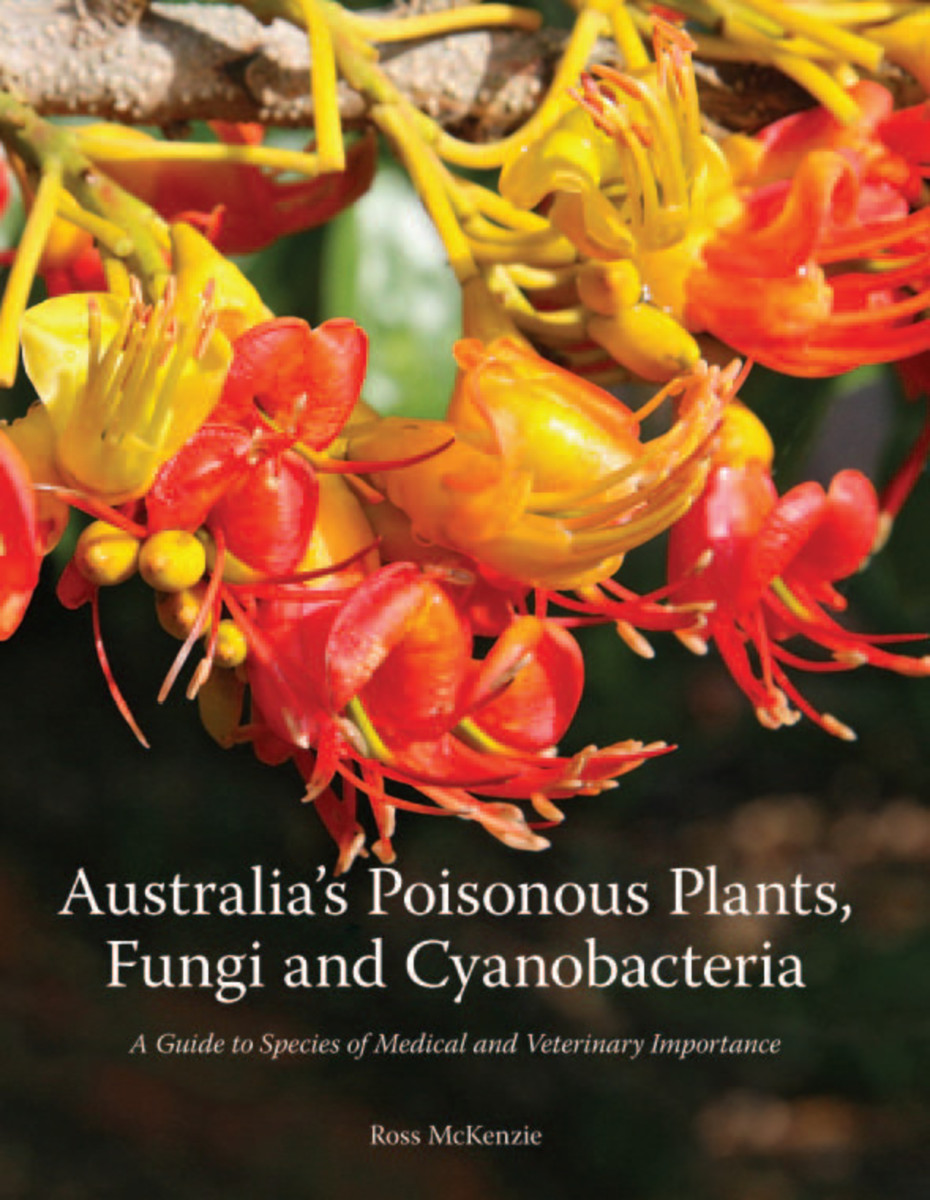 A Guide to Species of Medical and Veterinary Importance

Australia’s Poisonous Plants, Fungi and Cyanobacteria is the first full-color, comprehensive guide to the major natural threats to health in Australia affecting domestic and native animals and humans. The overriding aim of the book is to prevent poisoning, as there are few effective treatments available, particularly in domestic animals. It is written in a straightforward style making it accessible to a wide audience.

The species have been chosen because of their capacity to threaten life or damage important organs, their relative abundance or wide distribution in native and naturalized Australian flora, or because of their extensive cultivation as crops, pastures or in gardens.

The plant species are grouped by life form such as herbs, grasses and sedges, shrubs, trees, and for flowering plants by flower type and color for ease of identification. Species described have color photographs, distribution maps and notes on confusing species, habitats, toxins, animals affected, conditions of poisoning, clinical signs and symptoms, post mortem changes, therapy, prevention and control. Symbols are used for quick reference to poisoning duration and available ways of managing poisoning. As further aids to understanding, poisoning hotspots are highlighted and the book lists plants under the headings of animals affected and organs affected.

About the author
Preface: why this book?
Acknowledgements
Warnings
Using this book

Ross McKenzie is a retired veterinary pathologist, toxicologist and research scientist from the Queensland DPI where he diagnosed and researched diseases of livestock for 36 years (1973-2009). He is also a retired conjoint senior lecturer from the University of Queensland where he taught toxicology to veterinary students for 14 years (1994-2008). His students called him "Toxic Ross". In 2009 he was honored with the Public Service Medal within the Order of Australia for his research in veterinary pathology and toxicology.