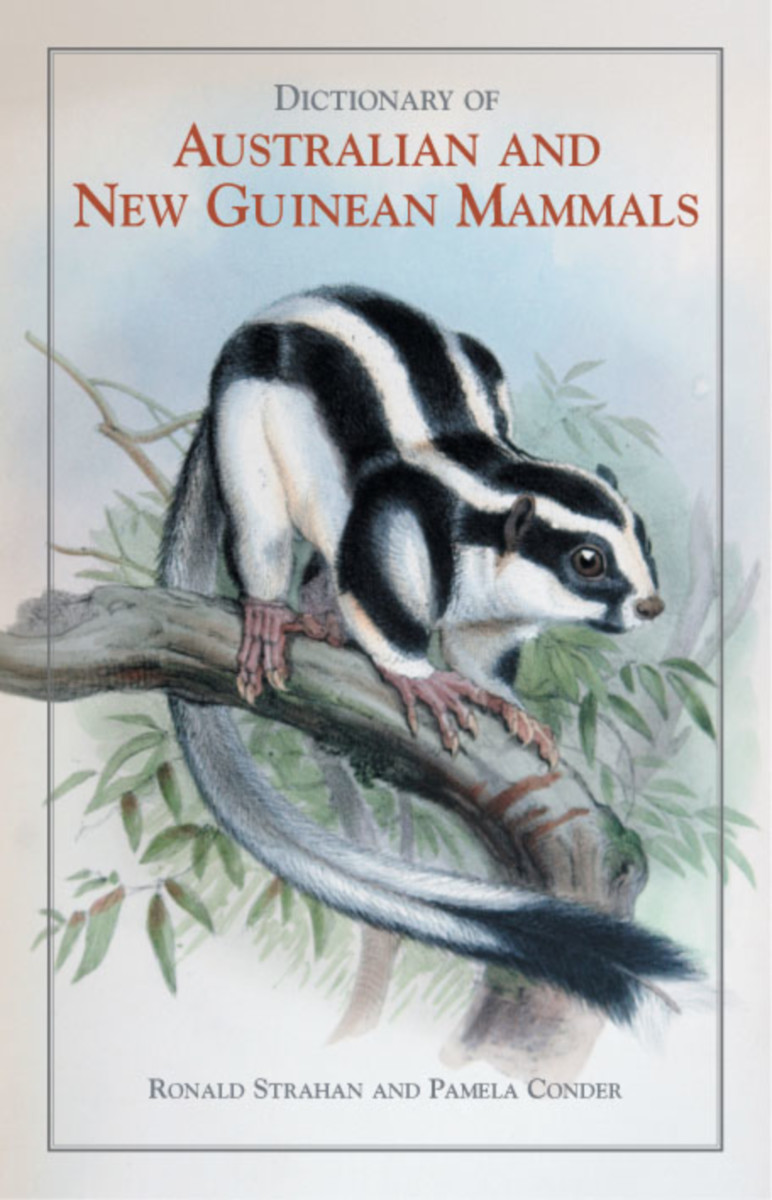 Dictionary of Australian and New Guinean Mammals is the first unified guide to the mammals of both Australia and New Guinea. Based on Ronald Strahan’s first dictionary of Australian mammals, published in 1981, it includes all species, both native and introduced. For each species and genus, it provides a clear guide to pronunciation, the derivation and significance of the component parts of the name, and the citation that identifies its earliest valid description.

This unique work includes biographical notes on fifty-one zoologists who, over the past three centuries, have named Australian and New Guinean mammals.

The book also includes an account of the principles and practices of zoological nomenclature, together with a comprehensive bibliography and an index of common names.

Dictionary of Australian and New Guinean Mammals is an invaluable reference for mammal researchers and students, as well as anyone interested in natural history.

Foreword; Acknowledgements; About this Book; Introduction; Genera and Species; The Describers; Monographs; Index of Common Names.

Ronald Strahan taught zoology in several universities before becoming Director of Sydney’s Taronga Zoo in 1967. In 1974 he was appointed Research Fellow in the Australian Museum, and later head of its National Photographic Index of Australian Wildlife, from which he produced nineteen books, including an authoritative work, The Mammals of Australia. He is a Fellow of the Australian Institute of Biology, and the Royal Zoological Society of New South Wales and an Honorary Life Member of the Australian Mammal Society. In 1995 he was appointed a Member of the Order of Australia. He is married to Pamela Conder and this is their second joint book.

Pamela Conder is a distinguished artist, author and naturalist. She has published widely, both as author and as artist, in a variety of contexts including scientific, popular natural history and children's fiction. Her work has been recognized by numerous awards for both writing and visual arts, including the Thomas Ramsay Science and Humanities Fellowship of the Museum of Victoria for her research on Flying-foxes. Many exhibitions of her art have been held in Australia and internationally.